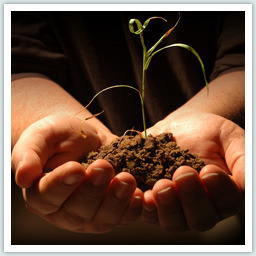 Another key ability for a pioneer is to envision others that hopes and dreams can become a reality.  But this is more than just being an effective communicator.  I think it is also about living what you believe and modelling the way that godly expectations are met i.e. through hard work, trial and error, tenacity and partnering with God and others to exploit the opportunities He brings to make a positive impact.  I was so thrilled last week as I had a real life example of just what I am talking about.  I have a friend who I have walked closely with since she became a Christian about 4 years ago.  Having been a spiritual seeker, it has been a difficult road to learn to trust God for all her needs and get some stability and security in her life.  However, she has come a long way and is an amazingly loving, wise and creative person who has blessed and encouraged me hugely.

Now that she is a Mum and stuck in the house for a lot of the time, she plays an interactive game on the internet.  Through this she has been able to share her faith in unexpected ways!  One guy was a policeman in the US who had lots of questions about Christianity but was unable to ask them because the only Christians he knew just wanted to ram their beliefs down his throat!  He said it was a refreshing change to have a dialogue with someone who genuinely wanted to listen and answer as honestly as they could.  Someone else was being freaked out by demonic activity actually taking place in his house while he was on-line.  He had a pentagon around his neck and was trying all kinds of incantations in an attempt to get it to stop.  My friend told him how she used to be into all that stuff and now all she had to do was pray in the name of Jesus and she was completely free of any manifestation of the devil in her life.  She offered to pray for him there and then and he agreed.  He said that immediately the darkness left and peace was restored to his house.  He then wanted to know more about how she came to have a faith in Christ.

As well as modelling a ministry to spiritual seekers, I have also seen those in my missional community released into other callings that seek to extend God’s Kingdom.  One friend has set up her own business as an image consultant and life coach.  She passionately believes in people making the most of all their God-given talents and attributes.   She finds her fulfilment in helping them see themselves as their father God sees them and being released into the fullness of who He has created them to be.  Another member of our community is using her years of experience as a social worker, as well as her recent studies in pastoral theology, to help set up a community chaplaincy service in our locality.  She is doing this in partnership with a prominent member of the local Mosque and representatives from the Borough Council and Health Authority.  It is being designed to take the hospital chaplaincy model to those cared for in the community and will endeavour to address peoples spiritual needs alongside their physical and emotional ones.

I am sure there must be hundreds, if not thousands of Christians who are not living out their faith as God intended them to and are missing out on the abundant life he promised because of it.  I really want to believe that pioneers demonstrate what is possible and empower the body of Christ to re-engage with mission and so transform the lives of individuals, people groups in different sub-cultures and the nation as a whole.  Another way I am seeking to do this is with a conference to gather together and envision all the creative folk we have in our churches.  They may not have an opportunity to use their gifts in a worship context but possibilities can be created where art, music, textiles, poetry etc. can be used to start a thought process or conversation with not yet Christians in our wider communities.  It is exciting to explore what is possible and even more gratifying when people are blessed and God is glorified through our plans turned into action!